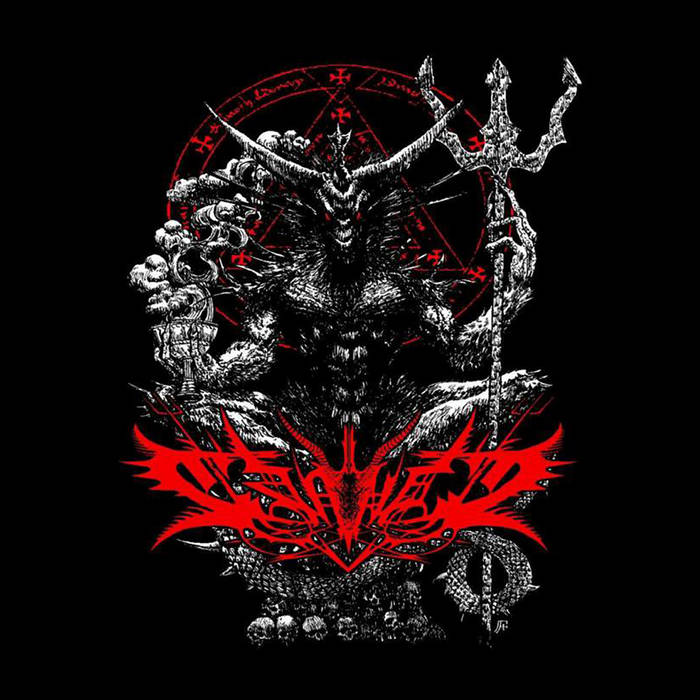 Obstacle of Affliction Great demo despite sounding like it was recorded on a Zune. Killer! Favorite track: III.

poikkeus Cyanic's approach to death metal includes croak-y vocals and an extraordinary use of the drum set - an inventive and energetic percussion section that's insanely fun. I loved this. Favorite track: I.

This is a long lost demo that I recently unearthed. Cyanic was one of the earliest bands I was able to support with the label, now nearly a decade after I put out their tape I thought it would be cool to push some more of their music. Especially something as rare as this.

Cyanic was a punishing Blackened Death Metal band from San Jose, California, that took formation in 2004. Their reign of terror lasted for more than a decade. To this day the members of this deadly syndicate have continued to create unholy blasphemies.

The vocalist, Andre Cornejo, is currently spewing venom in the deathgrind band DeathgraVe, and they are signed to Tankcrimes. DeathgraVe features members of Brainoil and of Bird. Bird was a Grindcore band that Andre was the vocalist of alongside his current band mate in DeathgraVe with the Drummer of Deadpressure and Connoisseur. Andre was also involved in a Deathgrind band called Disinhibition alongside members of Mortuous, Necrot, and Immortal Fate.


The Drummer of Cyanic, Jason Bursese, went on to join forces with his brother in the hellacious band Black Fucking Cancer. Black Fucking Cancer is currently signed to Osmose Productions and working on their next full length album. Jason also began playing drums for another project called Circle of Eyes.


The Lead Guitarist of Cyanic, Rudy Pina, went on to form an Industrial Death Metal band called Genocide Skin. Rudy recruited the Drummer of Ghoul, Pej Mon, to bring life to Genocide Skin. In 2017 Rudy shifted his focus to a new project called Maentra. Maentra is a technical Industrial Grindcore band, that features Paul Ryan from Origin on Bass and Adam Houmam from Cartilage and Terrorizer(LA) playing Drums.

The darkest waves in the bay

Bandcamp Daily  your guide to the world of Bandcamp

Cannibal Corpse's George "Corpsegrinder" Fisher stops by for an interview